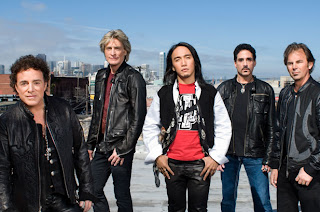 Ross Valory is Journey’s noted bass player. He and Neal Schon, who also accepted the Billboard award, are the only original members of the band still performing with the group. Ross Valory also played for The Vu, The Storm, Frumious Bandersnatch and the Steve Miller Band.

Founder and editor at OnTheGig.com

Journey to the Big Stage: The Good Hurt Plays the Crocodile in Seattle

Brian Tyler on Becoming a Film Composer: The OnTheGig Interview